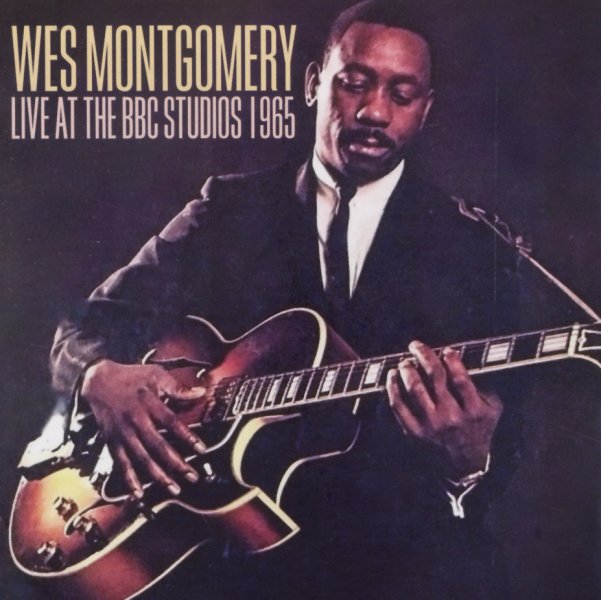 A fantastic lost slice of work from guitarist Wes Montgomery – a rare British broadcasting recording done in the year of 1965 – during a European tour that gave us some other material by Wes over the years! This collection features the guitar genius with an American group that features Harold Mabern on piano, Arthur Harper on bass, and Jimmy Lovelace on drums – and the presence of Mabern is great – with a familiar feel to other live tour tracks from that stretch – open, soulful, and a great return to the small combo sound of Wes' roots – different than the larger charts he'd use in the mid 60s. Titles include "Full House", "Twisted Blues", "Round Midnight", "Yesterdays", and "Jingles".  © 1996-2021, Dusty Groove, Inc.

Wes Montgomery In Paris – The Definitive ORTF Recording
Resonance, 1965. Used 2 CDs
CD...$18.99
Beautifully-recorded material by the great Wes Montgomery – some fairly open-ended tracks recorded for French radio in the 60s – with guest work from tenorist Johnny Griffin on a number of tunes! The core group here is great enough on its own – as Wes' guitar is backed by superb ... CD

Full House (20 bit remaster)
Riverside, 1962. Used
CD...$7.99 (CD...$6.99)
With grooves this great, the house must have been full – and the album's a gem of an early live date by Wes Montgomery, recorded in Berkeley with a quartet that includes Johnny Griffin on tenor, Wynton Kelly on piano, Paul Chambers on bass, and Jimmy Cobb on drums! The tunes have a nicely ... CD

Full House (Keepnews collection – with bonus tracks)
Riverside, 1962. Used
CD...$6.99 (CD...$7.99)
With grooves this great, the house must have been full – and the album's a gem of an early live date by Wes Montgomery, recorded in Berkeley with a quartet that includes Johnny Griffin on tenor, Wynton Kelly on piano, Paul Chambers on bass, and Jimmy Cobb on drums! The tunes have a nicely ... CD

Portraits In Jazz – Live At The Half Note
Hi Hat, 1965. Used
CD...$12.99
A smoking live set from Cannonball Adderley – one recorded in a space between his famous concert albums for Riverside and Capitol Records – and equally as great as any of them! The group's got a slightly unique lineup – in that Charles Lloyd is in the combo on tenor sax – ... CD