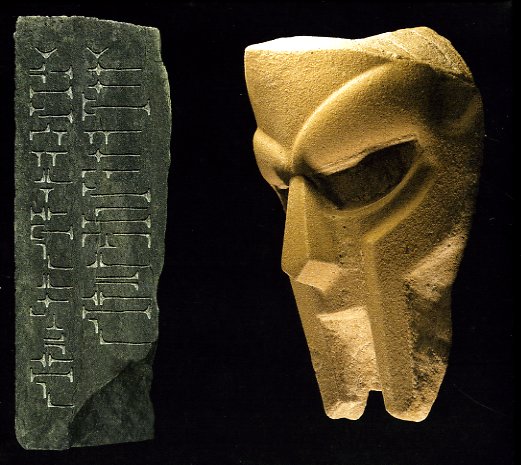 Doom is back, sans the MF prefix, fully loaded with funky sci fi hip hop that's fit to shake the heavens – his first record in far too long, and a strong one! We don't know where the masked man holed himself up in the couple years before this set, nor do we pay much attention to the rumors and gossip (he's locked up! he's sending out imposters!), but it doesn't matter, as he's come back sharp. We hear less Marvel Comics in the beats, and more spacey, blunt funk – particularly on the handful of tracks that have additional instrumentation by Mr Chop – with guests including Raekwon, Ghostface, Slug, Bumpy Knuckles, Posdnous & Prince Paul – plus additional production by Dilla, Madlib, and Jake One! There's some great stuff here, and whether the guy is truly certifiable or if it's all a put on, we love 'em either way. Stay close by, Doom! Titles include "Gazzilion Ear", "Ballskin", "Lightworks", "Batty Boyz", "Rap Ambush", "Stil Dope", "Microwave Mayo", "Supervillainz", "Bumpy's Message" and more.  © 1996-2022, Dusty Groove, Inc.