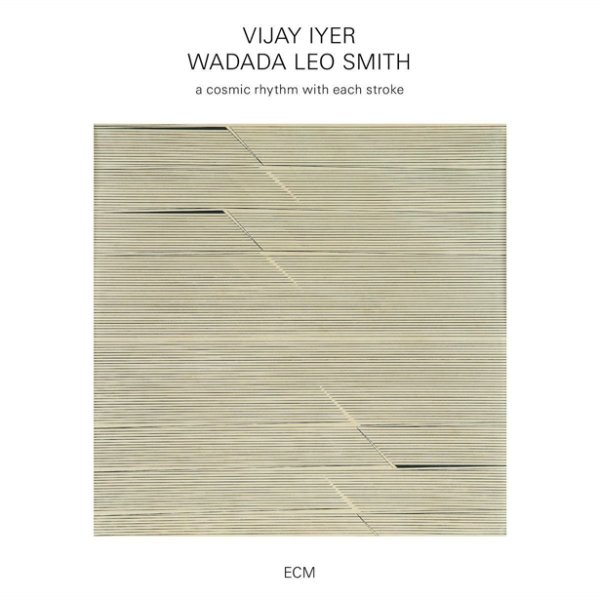 Cosmic Rhythm With Each Stroke

Open, expressive sounds from the team of Wadada Leo Smith on trumpet and Vijay Iyer on piano, Fender Rhodes, and electronics – all served up in a mode that's quite different from recent records by either musician! The "rhythm" in the title here might be a bit misplaced – as the tunes have very little groove, and instead allow both Smith and Iyer to stretch out boldly in space – Leo on a mix of muted and fully-blown modes, Iyer maybe taking some of his previous ECM lines into even freer territory. The use of electric elements next to Smith's horn is especially nice – and titles include "Marian Anderson", "Passage", and the long title suite "A Cosmic Rhythm With Each Stroke".  © 1996-2020, Dusty Groove, Inc.
(Still sealed, cutout mark through slipcover barcode.)

Hagar's Song
ECM (Germany), 2013. Used
CD...$9.99
Beautiful duets between this richly creative pair – a stripped-down set that really showcases the warmth and intimacy of Charles Lloyd's reed styles in recent years – and one that also has Jason Moran warming up a bit more than usual too! Lloyd plays tenor and alto, both with a very ... CD