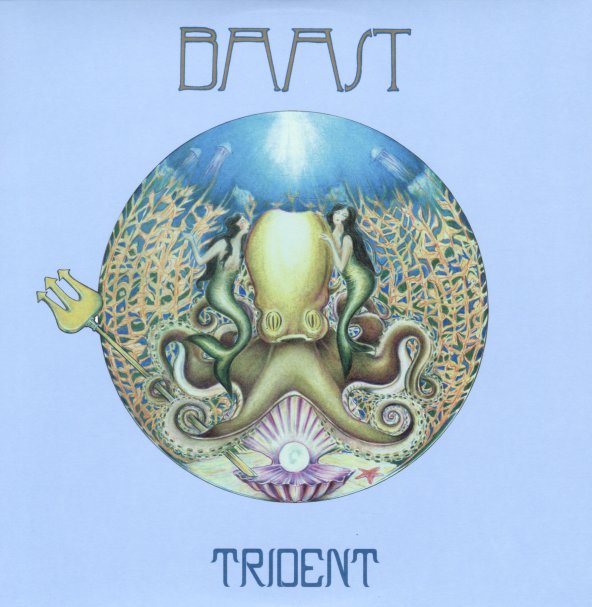 A record that's every bit as trippy as its cover – which features two sexy mermaids delivering love to a giant octopus! The sound here is maybe as many-tentacled as the guy in the picture – as it weaves together strands of spiritual jazz, psychedelic folk, and lots of other offbeat elements – all with a heady vibe that's sometimes atmospheric, sometimes more grooving – and which shifts throughout between shorter and longer tracks in the set! The group have ties to the earlier Heru Avenger project – and instrumentation includes percussion, keyboards, theremini, bass, guitar, and lots of processing and effects – on titles that include "Neuron", "Fathmos", "Trident", "Neptune", "Siren", "Tentacle", and "Poseidon".  © 1996-2022, Dusty Groove, Inc.