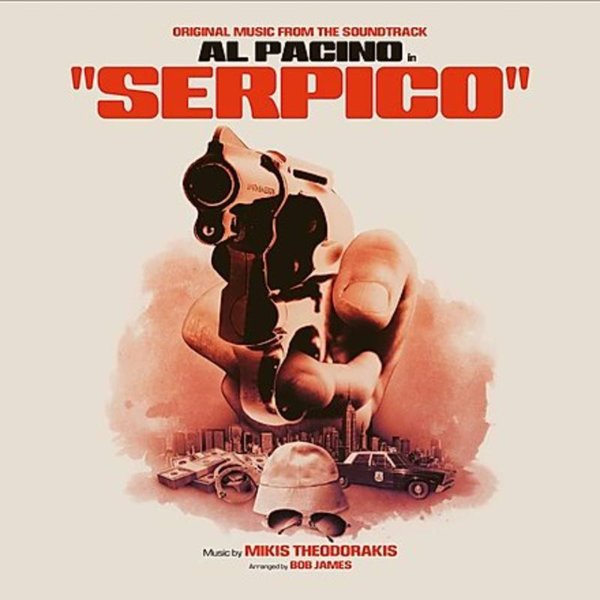 Mikis Theodorakis might seem an odd choice to score a film set on the mean streets of New York – but he gets some wonderful help here from Bob James, who helps ensure that the funky tracks come off nice and sweet! Theodorakis serves up the main theme with a haunting, slightly "ethnic" quality used to underscore the no-nonsense quality and deep soul of Frank Serpico – but many other tunes show a much more electric, jazzy style – arranged by James in modes that echo 70s soundtrack work of Don Ellis, Dave Grusin, and others. There's no totally heavy funk tracks, but the album's got plenty of nice moments – and titles include "Honest Cop", "Alone In The Apartment", "Shoe Shop", "On The Streets", "Flashback", and "Disillusion".  © 1996-2021, Dusty Groove, Inc.