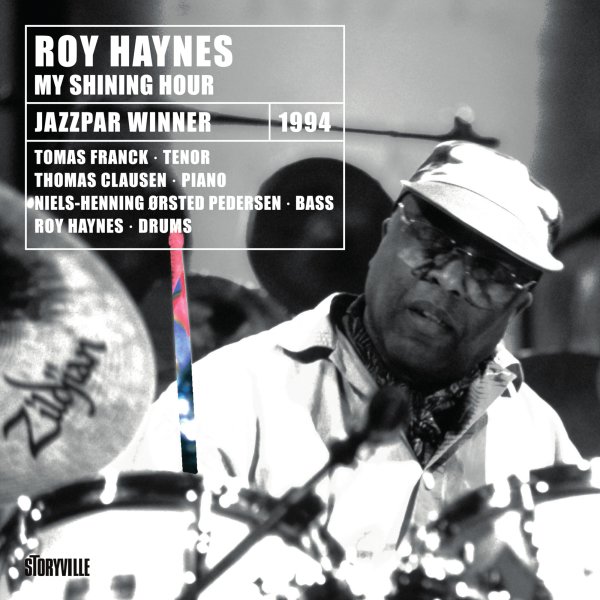 Great drums from the legendary Roy Haynes – a player who was really coming into his own again at the time of this mid 90s set! The recording's a live one, done for Danish Broadcasting with a good sense of clarity – and the group is mostly European, with Tomas Franck on tenor, Thomas Clausen on piano, and Niels Henning Orsted Pedersen on bass. Haynes' touch on the kit is quite heavy at some points, but light and sensitive at others– and the set's got a well-rounded groove that's great proof of Roy's vision as a leader during this time, especially in the way he uses Franck's strong tenor lines. Titles include "All Blues", "My Shining Hour", "Bessie's Blues", "A La Blues", "Bright", and "I Fall In Love Too Easily".  © 1996-2021, Dusty Groove, Inc.

Long Journey Home
Ansonica, 2020. New Copy
CD...$6.99 14.99
Nice work from the Trans-Kalahari Quintet – a group that mostly resides in Botswana, but which also has a vibe that reminds us of South African jazz traditions from back in the 70s and 80s! The tunes all have a strong sense of flow – a rhythmic pulse that engages other southern African ... CD

Jens Sondergaard Quartet Plays The Brubeck/Desmond Songbook
Storyville (Denmark), 2020. New Copy
CD...$7.99 15.99
A really great take on the sound of the Dave Brubeck/Paul Desmond quartet of the 50s and 60s – that magical unit that really transformed the sound of jazz at the time, and continues to hold strong over the decades! The approach here, though, is also a nice change from Paul and Dave – ... CD