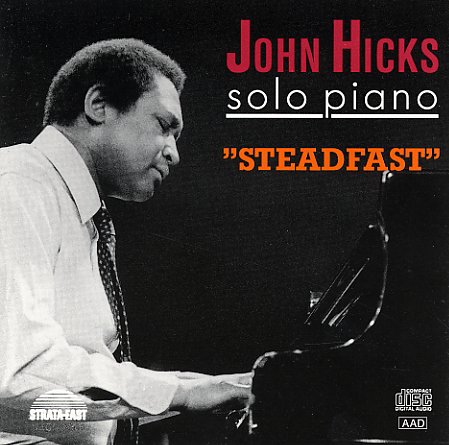 Beautiful solo work from John Hicks – one of the few straight pianists that can hold our attention in a setting like this for so long – a record that's maybe a bit more conventional than some of the other releases on the Strata East label from the 70s, but equally filled with a sense of spirit and soul! The album's deeply introspective, but never overindulgent – and features Hicks on a variety of short numbers that include some beautiful lyrical originals, and a few very well chosen standards. Titles include "Pensativa", "One For John Mixon", "Soul Eyes", "The Bright Eyes", "Serenade", "Hamp's Dance", "Lush Life", and "Steadfast".  © 1996-2021, Dusty Groove, Inc.
(Limited edition 180 gram pressing – first time on vinyl!)