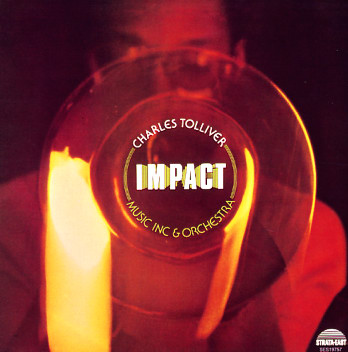 One of a few large group sessions recorded by Charles Tolliver during his years on Strata East – and an amazingly spiritual effort that really brings together the best strands of sounds running through the underground at the time! The format's a bit similar to Tolliver's previous Music Inc big band album for Strata, released 5 years before – with lots of strong lead action from Charles on trumpet, and Stanley Cowell on piano. But this time around, the larger group seems to be more fully integrated into the tunes – there not just to support the soloists, but to rise up with a full, proud sense of majesty that's really amazing. Other players include Cecil McBee and Reggie Workman on basses, Billy Parker and Warren Smith on percussion, Jon Faddis and Jimmy Owens on trumpets, John Gordon and Garnet Brown on trombones, and Charles McPherson, George Coleman, Harold Vick, and Charles Davis on saxes! Titles include great versions of the Tolliver classics "Plight" and "Impact" – plus "Mother Wit", "Lynnsome", and "Grand Max".  © 1996-2023, Dusty Groove, Inc.
(Limited edition 180 gram pressing!)