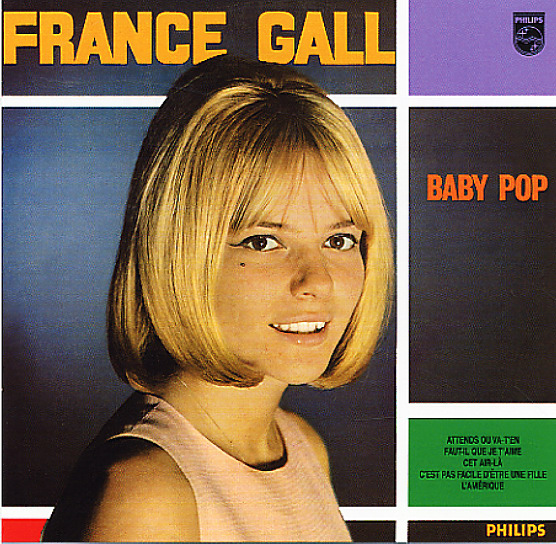 No baby pop here, as France Gall is all-woman throughout – one of the best of the French female pop singers of the mid 60s, working here with an upbeat, groovy sound throughout! Backings are by the great Alain Gouraguer, who gives the record a tightly jerking kind of feel – a sound that's the Paris contribution to the same sort of mod grooves that were coming out of the London scene at the time. The album's filled with classics by Gall, all sung in a sweet voice that's a great contrast to the music – wonderful stuff throughout, with titles that include "Baby Pop", "Cet Air La", "L'Amerique", "Mon Bateau De Nuit", and "Deux Oiseaux".  © 1996-2021, Dusty Groove, Inc.