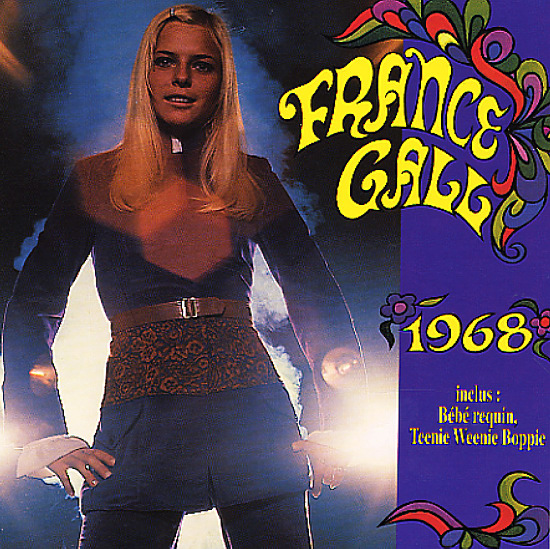 A record as revolutionary as the French year in which it was recorded – an amazing batch of late 60s grooves from Parisian pop madame France Gall! The set's upbeat and jaunty, with plenty of fuzz – almost a psyche pop sound, with lots of groovy guitars that make the album sparkle with plenty of razor-sharp notes! Gall's vocals are as wonderful as ever, and almost sound a bit more sinister in this setting – thanks to arrangements by Alain Gouraguer and the great David Whitaker. There's plenty of France Gall classics here – including versions of the Serge Gainsbourg tunes "Nefertiti" and "Teenie Weenie Boppie" – plus "Toi Que Je Veux", "Made In France", "Bebe Requin", and "Avant La Bagarre".  © 1996-2021, Dusty Groove, Inc.