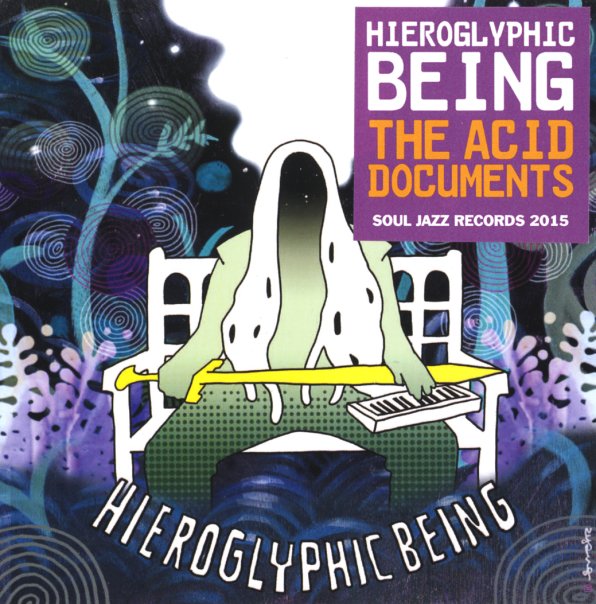 Hieroglyphic Being definitely gets the "acid" right in this killer debut for Soul Jazz – because the record is steeped in the roots of acid house from Chicago, but then really takes to the skies in a bold new cosmic direction! The core of the tracks feel like the deepest, darkest acid house from the earliest days of the music in Chicago – that pre-cliche stretch when Chicago producers were coming up with these really stark, spooky lines that brought a powerful sci fi force to house music. Hieroglyphic Being returns to that moment, but then takes things in a definite leftfield direction – using earlier elements, more dramatic instrumentation, and an unabashedly experimental approach – so that the tracks come across with this amped-up, burning intensity that never lets up. Titles include "Fabian Society", "Dualism", "Gematria", "Jacobites Order", "Hollow Earth", "Burlesque Degrees", and "E Clampus Vitus".  © 1996-2021, Dusty Groove, Inc.
(Orange vinyl pressing.)