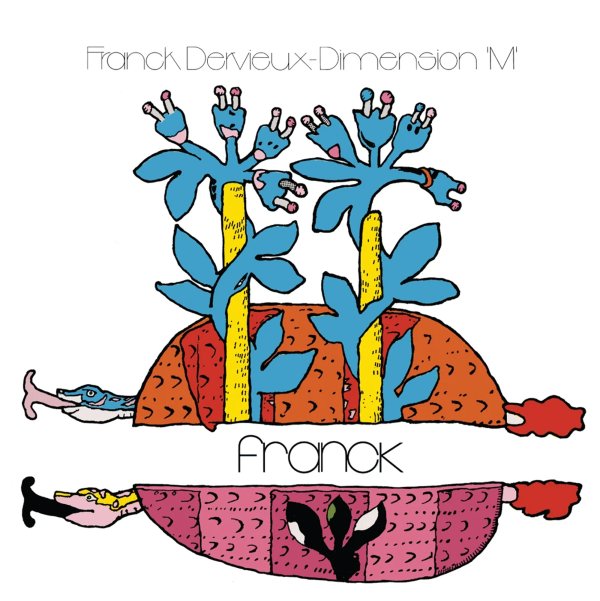 Franck Dervieux takes off to Dimension M in this very cool set of prog tracks from the Montreal scene of the 70s – music that's heavy on Franck's own work on piano, organ, and electric piano – driven onwards by a tight little combo, and topped with some occasional wordless vocals from Christiane Robichaud – a singer whose approach fits right in with the group like another instrument in the mix! The tunes are a mix of jazz and rock, very much in the spirit of some of the hipper French work of this nature from the time – and the approach is more freewheeling and fluid than some of Franck's other records from the period. Titles include "Present Du Futur", "Orejona Mater", "Dimension M", "Atlantide", and "Hyperboree Civilisation Un".  © 1996-2021, Dusty Groove, Inc.
(Individually numbered limited edition of 500!)