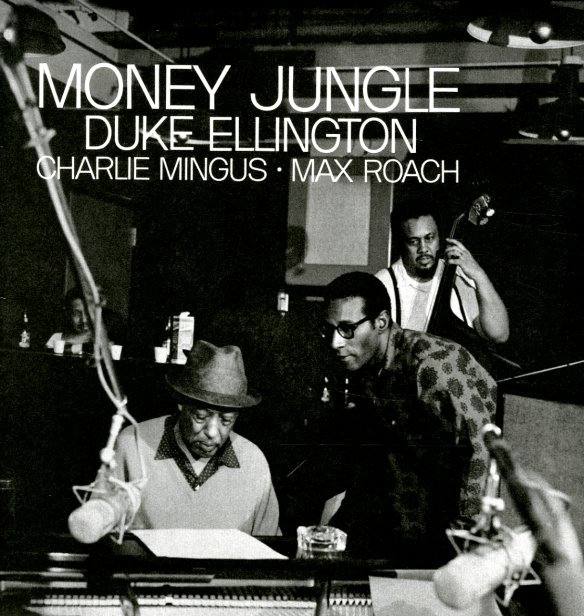 Rarely are such "meeting of the minds" sessions worth any fuss at all – but in this case, the masterful talents of the players turn what should be a snoozy "common denominator" session into a modernist classic that still crackles with excitement after all these years! The real success factor here is Ellington, who was hitting a point in his career when he was really beginning to experiment again – as you'll hear in the beautifully angular piano lines that he lays next to Mingus' bass and Roach's lively drums. The set's nearly all originals, and titles include "Money Jungle", "Le Fleurs Africaines", and "Wig Wise". Very nice!  © 1996-2021, Dusty Groove, Inc.
(Part of the Blue Note Tone Poet Series – a beautiful pressing, with heavy vinyl and cover!)