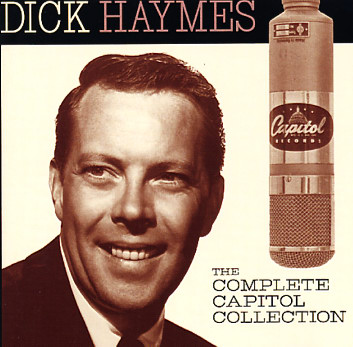 Sublime work from vocalist Dick Haymes – a singer who's best known for his early 40s work with big bands, but who reinvented himself tremendously during the 50s! Haymes is heard here on his complete recordings for Capitol – a total of 2 albums, plus bonus singles – nearly all of which are done in a spare, somber, very late nite style – somewhat boozy, and easily rivaling the work of Sinatra during these best Wee Small Hours years of his career! Arrangements are mostly by Ian Bernard, with some help from Johnny Mandel, Billy May, and Gordon Jenkins – and the style is a perfect fit for Haymes' aging vocals, really getting the best degree of sorrow and loss from the lyrics. Titles include "The More I See You", "You'll Never Know", "Little White Lies", "Where Or When", "Come Rain Or Come Shine", "Now At Last", "Rainbow's End", "Two Different Worlds", "Love Is A Great Big Nothin", "My Love For Carmen", "New York's My Home", "When I Fall In Love", "Skylark", "What's New", and "If I Should Lose You".  © 1996-2021, Dusty Groove, Inc.
(Out of print. Tray card spine has a small tear.)