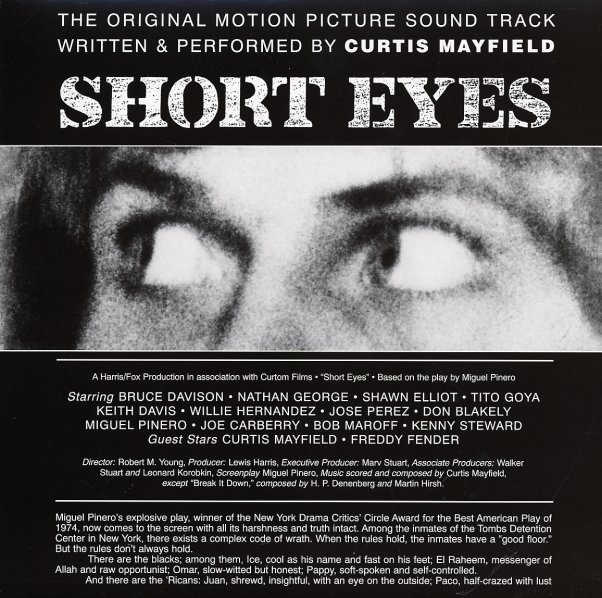 A great little record – despite the fact that the album was one of the factors that buried the Curtom record label! After the success of Superfly, the company thought another Curtis Mayfield soundtrack would be a sure million-seller – and really went to town on the record. Well, the movie flopped, and history proved them wrong – but the record itself is still totally great, a seminal piece of Curtis soundtrack material from his golden decade! Includes the killer track "Do Do Wap is Strong in Here", a Curtis Mayfield cut on a par with Superfly (and one in which he actually cusses!), plus the tracks "Back Against The Wall", "Father Confessor", "Another Fool In Love", "Break It Down", and "Short Eyes/Freak Freak Free Free Free".  © 1996-2021, Dusty Groove, Inc.
(Original pressing, includes insert. Cover has some wear.)

Heartbeat
Curtom/RSO, 1979. Very Good-
LP...$4.99
A real dancefloor set from Curtis – recorded with some sweet Philly production from the likes of Norman Harris and Bunny Sigler – in the sweeping, soaring, strings-heavy mode of the Philly disco records of the time! And yes, this isn't classic Curtis from the righteous years – ... LP, Vinyl record album

Mystique
Curtom, 1977. Very Good+
LP...$19.99
Sweet Chicago soul from the mid 70s – the one and only album from Mystique, one of the more mysterious groups on the Curtom label at the time! Former Impressions singer Ralph Johnson heads up this Chicago soul quartet from the 70's, and the album shares the production talents of Jerry Butler ... LP, Vinyl record album