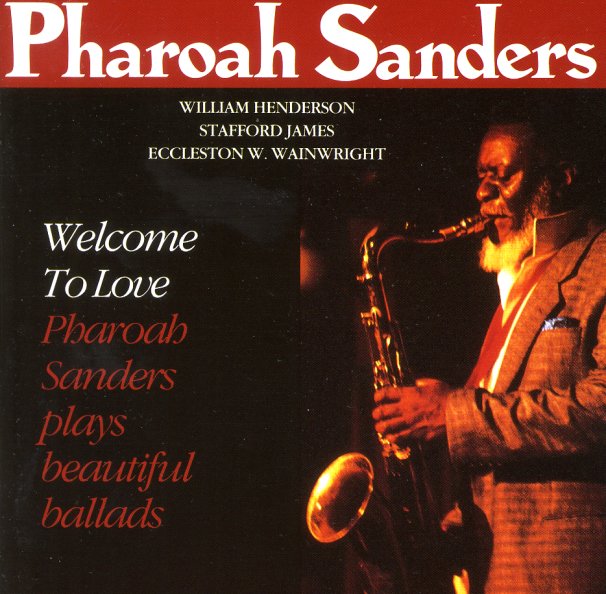 Laidback, soulful work from Pharoah Sanders – a record that showcases a very different side of his talents than you might know from his classic albums on Impulse Records – but a side that's an equally great revelation overall! The album features mostly older jazz standards, blown by Pharoah in a mellow, late nite sort of mode – working with help from William Henderson on piano, Stafford James on bass, and Ecclesion Wainwright on drums. The format is surprisingly captivating, largely because Pharoah's tone is always such a treat – and he sparkles with a majesty on the set that captures our ear a lot more than we expected! The whole thing's almost got the feel of some of Coltrane's earlier ballad work – and titles include "The Nearness Of You", "Nancy", "I Want To Talk About You", "Say It Over And Over Again", "Polkadots & Moonbeams", and "You Don't Know What Love Is".  © 1996-2021, Dusty Groove, Inc.