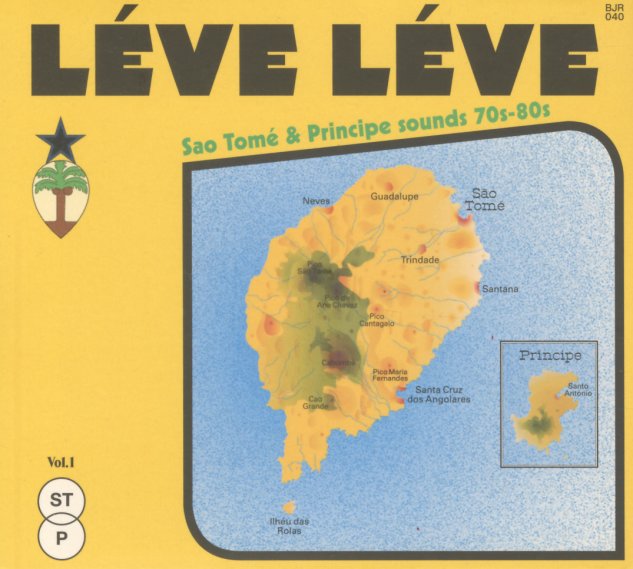 Lively grooves from the islands of Sao Tome and Principe – two nations located in the gulf of Guinea – at a unique crossroads that makes for a really wonderful criss-crossing of styles and sounds! The nations are part of the older Portuguese colonial network, and share some sounds with the scene in Cameroon – but also bring in West African styles and some tropical elements from the other side of the Atlantic too – all wrapped together in the puxa style of the islands! The tunes are mostly lively, upbeat, and have strong basslines peppered with deft work on guitar – a mixture of merengue, Afro-Cuban, and highlife modes – but given a really unique spin as well, with qualities that are filled with joy and life on nearly every number. Titles include "Mado" and "Meu Di Ploco" by Conjunto Equador, "Mino Bo Be Quacueda" and "Aninha" by Africa Negra, "Corticao" and "Sun Male" by Sangazua, "Nga Ba Compensadora" by Pedro Lima, "Piquina Piquina" by Os Untues, "Tola Muandgi" by Sum Alvarinho, and "Taji Ocedo" by Conjunto Mindelo.  © 1996-2021, Dusty Groove, Inc.