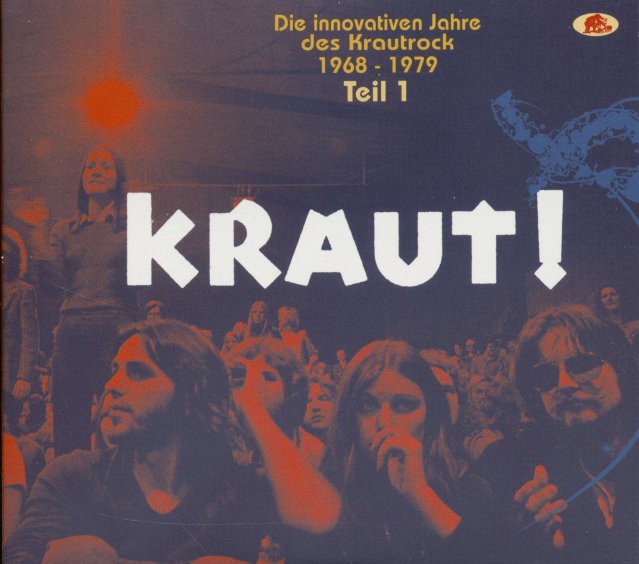 A massive overview of the best years of Krautrock – that fresh wave of new music that emerged on the West German scene at the end of the 60s, and carried the nation forward strongly all through the 70s! The set definitely begins at the beginning – as early cuts almost echo some of the blues rock that was bubbling up in the UK and US, before quickly moving into some of the modes that are more familiarly associated with Krautrock – including inspirations from jazz and improvised music, avant electronics, and freewheeling instrumentation that had a huge impact on many artists for decades to come! This 2CD set is done in the best Bear Family tradition – with a huge booklet of notes and images – although we should also say that the notes are in German, but still have enough helpful bits that you'll be able to get the gist when needed. 22 tracks in all – and titles include "Redskin" by Jane, "Souls Married To The Wind" by Parzival, "Cappuccino" by Abacus, "A Young Man's Gash (part 2)" by Gash, "La Leyla" by Ramses, "Chub Chub Cherry" by Silberbart, "Ants" by Tomorrow's Gift, "Rock N Roll Preacher" by Atlantis, "Keep On Running" by Cravinkle, "Mesentery" by Ikarus, "Schones Babylon" by AR & Machines, and "Big City" by Thirsty Moon.  © 1996-2021, Dusty Groove, Inc.