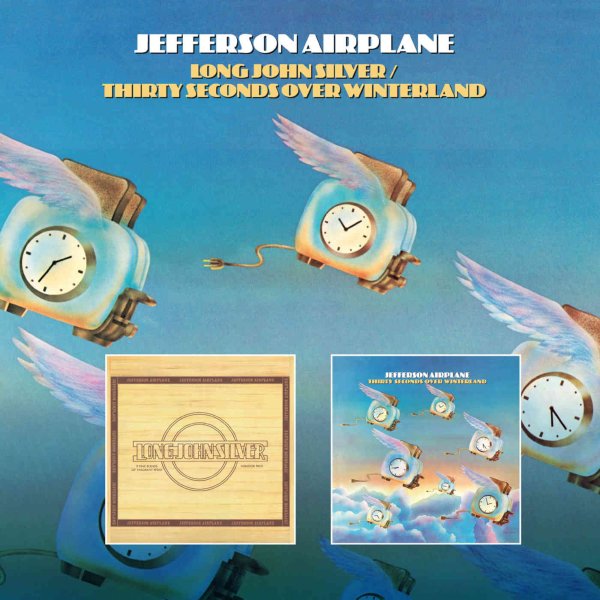 A pair of late albums from Jefferson Airplane – issued here in a single set, with new remastering too! First up is Long John Silver – a really fantastic final studio album from Jefferson Airplane – a set that's definitely different than their early work, and which shows the new directions that members would soon take on their own – but done with a vibe that's also a fantastic evolution of the core group's famous sound! The guitar work is even more complex than before – Jorma Kaukonen really blowing us away with his skills, but never in a show-offy way, as the whole thing is wrapped around these honest core rhythms that are almost a rootsier take on psyche elements – with Grace Slick's lead vocals almost coming off with a Sandy Denny quality at times. Titles include "Long John Silver", "Aerie (Gang Of Eagles)", "Twilight Double Leader", "Milk Train", "The Son Of Jesus", "Easter", "Trial By Fire", and "East Starch Mom". Thirty Seconds Over Winterland is a late live album from Jefferson Airplane – who were at the end of their journey, but whatever their personal differences may have been at the time, they still put on a helluva great rock and roll show! Thirty Seconds Over Winterland was recorded at that legendary San Francisco venue, and at Chicago's Auditorium Theatre, with the post-Marty Balin line-up of Grace Slick, Paul Kanter, Jack Casady and Jorma Kaukomen – plus violinist Papa John Creach, drummer John Barbata and vocalist David Freiberg from Quicksilver Messenger Service. Titles include "Have You Seen The Saucers", "Feel So Good", "Crown Of Creation", "When The Earth Moves Again", "Milk Train", "Trial By Fire" and "Twilight Double Leader".  © 1996-2021, Dusty Groove, Inc.