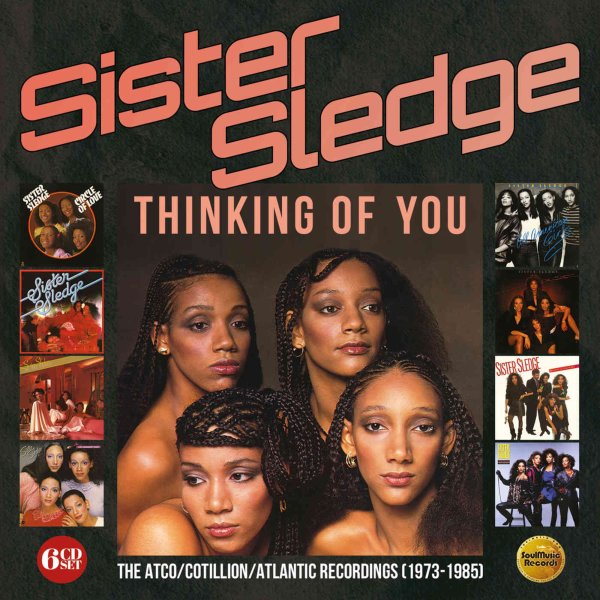 6CD set
Out Of Stock

A massive collection of work from Sister Sledge – a Philly quartet who were able to take an older version of female group soul deep into the disco years – then keep on making great music well into the 80s! The hits of the group are certainly well-known, but they've got a rock-solid approach that always makes their full albums worth digging into – really wonderful records that are heavy on classic Philly soul production at the start, then continue to move past the sorts of disco cliches that so many other female 70s acts got stuck on – as you'll hear in this batch of music that moves all the way up through 1985, and still has the group sounding great! The package adds in some great bonus material too, for a total of 97 tracks – and albums include Circle Of Love, Together, We Are Family, Love Somebody Today, All American Girls, Sisters, Betcha Say That To All The Girls, and When The Girls Meet The Boys.  © 1996-2021, Dusty Groove, Inc.