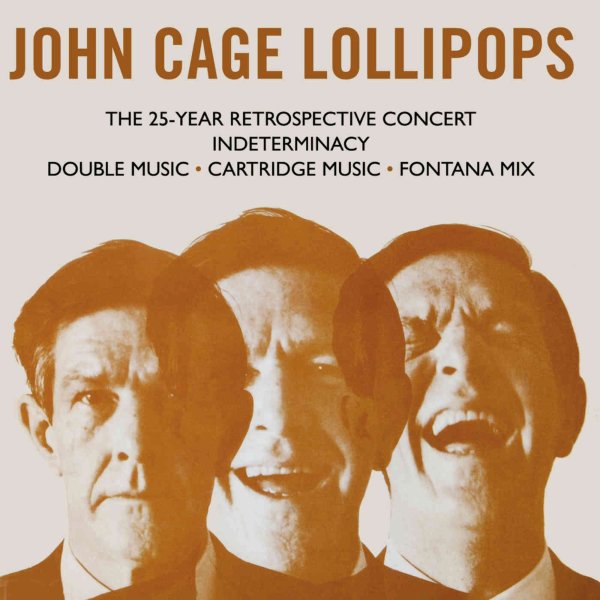 An excellent collection of early work by John Cage – and a set that's maybe not nearly as sweet as you'd guess from the "lollipops" in the title! The box is worth it alone for its presentation of the 25 Year Retrospective Concert – which brings together 1958 performance versions of important early works, including "Imaginary Landscape No 1", "Six Short Inventions For Seven Instruments", "First Construction In Metal", "She Is Asleep" (in quartet and duo version), "Sonatas & Interludes", "Music For Carillion No 1", "Williams Mix", and "Concert For Piano & Orchestra", which was new at the time. The package then goes on to include "Double Music" by Cage with Lou Harrison, the spoken word/piano statement "Indeterminacy" done with David Tudor, and key early readings of "Cartridge Music" and "Fontana Mix".  © 1996-2021, Dusty Groove, Inc.