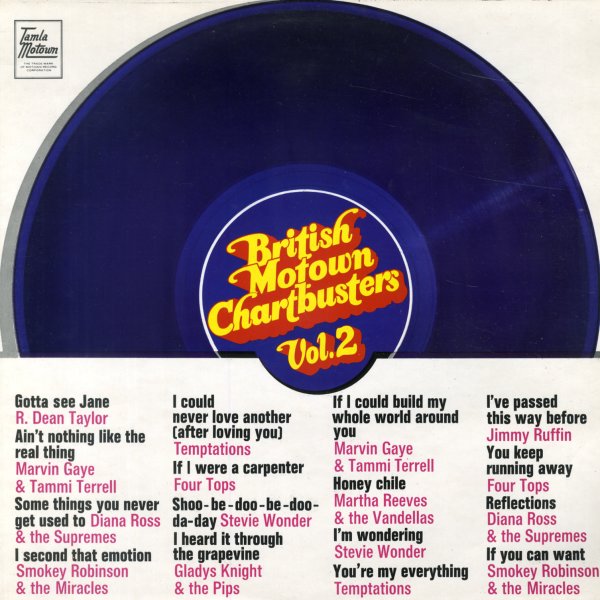 16 classic Motown tracks, served up here in a special UK package – with cuts that include "You Can't Keep Running Away" and "If I Were A Carpenter" by The Four Tops, "You're My Everything" and "I Could Never Love Another" by The Temptations, "Gotta See Jane" by R Dean Taylor, "Some Things You Never Get Used To" by Diana Ross & the Supremes, "If I Could Build My World Around You" and "Ain't Nothing Like The Real Thing" by Marvin Gaye & Tammi Terrell, "I'm Wondering" and "Shoo Be Doo Be Doo Da Day" by Stevie Wonder, "I've Passed This Way Before" by Jimmy Ruffin, "I Second That Emotion" by Smokey Robinson & The Miracles, "Honey Chile" by Martha Reeves & The Vandellas, and "Heard It Through The Grapevine" by Gladys Knight & The Pips.  © 1996-2021, Dusty Groove, Inc.
(Great UK pressing, in flipback cover!)