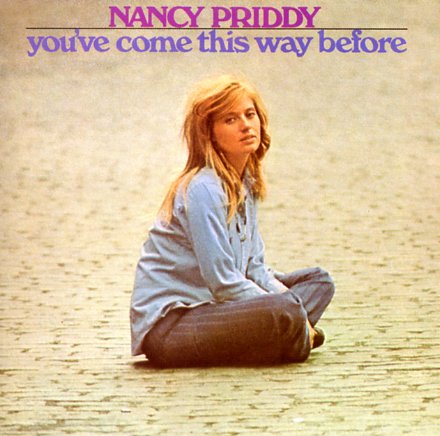 A tremendously beautiful album from vocalist Nancy Priddy – the kind of record that got buried in the record bins of the 60s, but which is finally getting the attention it deserves! Nancy had a career that started out in folk (she was once a member of The Bitter End Singers), but she's working here in a slightly psychedelic style that mixes the intimate with the baroque – in a way that reminds us a lot of some of our favorite work on A&M at the time, and which is masterminded here by producer Phil Ramone. Nancy's sweet vocals dance lightly around a mix of strings, woodwinds, and sometimes funky drums that give the album a much stronger kick than you might expect – a groovy little sound that's almost Sunshine Pop, but a bit deeper and more personal overall. Manny Albam provided some great arrangements to the record that sparkle and groove along with some of his better-known jazz work of the period – and in a way, the record has echoes of some of the hipper work done on the Project 3 label of the era, almost reminding us of some of our favorite tunes by Free Design. Nancy wrote all her own material on the set – another thing that makes the record sound especially fresh – and titles include "My Friend Frank", "On The Other Side Of The River", "And Who Will You Be Then", "Epitaph", "Ebony Glass", "You've Come This Way Before", and "Mystic Lady".  © 1996-2022, Dusty Groove, Inc.
(Pressed at RTI!)

Country Life (half-speed master)
EG/Virgin, 1974. New Copy (reissue)
LP...$24.99 29.99
The fourth album from Roxy Music – a brilliant statement of their early genius through and through! The album has the group moving strongly past the Eno years, into a tighter framework that still contains many of the darker themes of earlier records. Ferry's lead vocals are incredibly ... LP, Vinyl record album