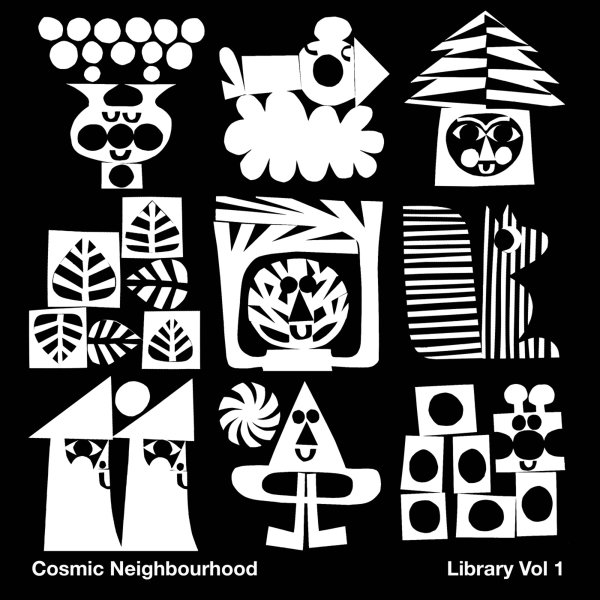 Cosmic Neighbourhood move into the realm of sound library music with this delightful little record – a 10" album that's filled with short, captivating tunes – mostly melodic, and with electronic components, but delivered in a style that's really organic, and very beautiful! At some level, the music almost feels like a more condensed take on some of the Japanese ambient modes of years past – but with a faster progression of ideas, given the shortness of the tunes. Yet there's also something maybe a bit more universal – as if Cosmic Neighbourhood have found a way to create the sort of little tunes that might be rumbling around somewhere out there in nature. Titles include "Nature Spirit", "Waving Tree", "Night People", "Witches Hat", "Pine Wizard", "Overgrown Garden", "Fortune Teller", and "Caterpillar".  © 1996-2020, Dusty Groove, Inc.