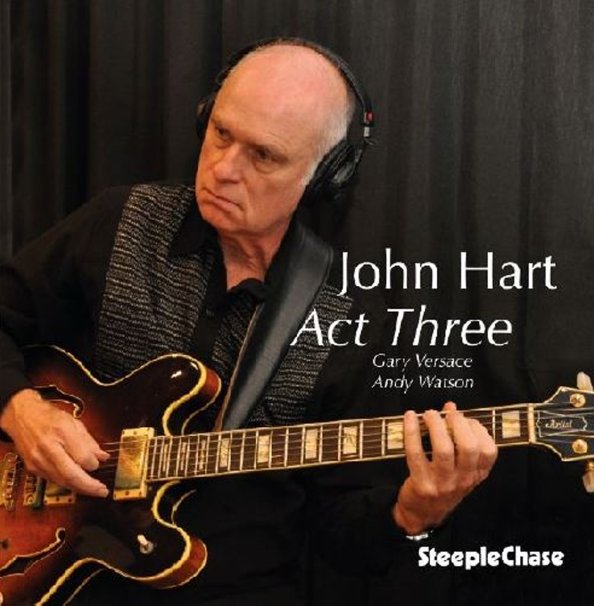 Guitarist John Hart has a slightly frowny face on the cover, but that hardly comes through in the music – which is full of bright tones and light little colors – all spun from his fingers alongside Hammond B3 from Gary Versace and drums from Andy Watson! The album's got a different vibe than old school Hammond/guitar sessions – as Hart's got an unusual touch on the strings, one that sometimes seems to echo some of his previous notes, with a wider tone that's really compelling. There's a very special flavor to the set – one that comes not just from the original tunes by Hart, but also from the way the guitar and organ interact – on titles that include "Act Three", "Bad Penny", "Low Point Avenue", "Like My Attitude", "Out Of Somewhere", and "Heretics".  © 1996-2021, Dusty Groove, Inc.