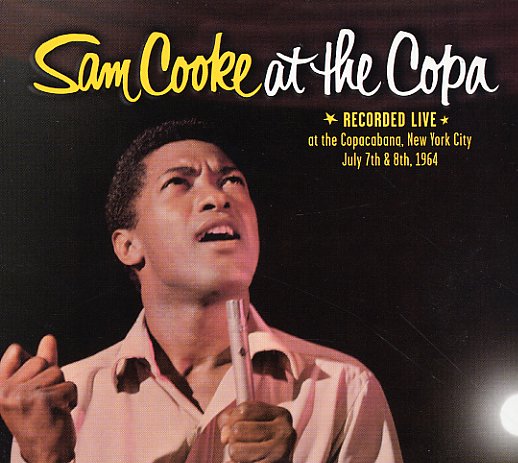 A classic live album – one of the first in soul music, and a beautiful set of smooth soul tunes from Sam Cooke! Sam's singing at the high-end nitespot The Copacabana – and like many live sets performed there, this one's tailored a bit to the classy crowd at the show – but that doesn't stop him from using his voice to perfection, sweetly crafting beautiful lines on a batch of standards given the soul treatment, plus a few of Sam's own hits. And sure, it's easy to criticize this album after the release of the Live At The Harlem Square album in the mid 80s – which was recorded a year earlier, but rejected by RCA in favor of this album's crossover potential – but keep in mind that for most folks who didn't grow up with the hindsight of reissues, this album was all they had, and it still had quite an impact in the soul market. Titles include "The Best Things In Life Are Free", "Try A Little Tenderness", "If I Had A Hammer", "Twistin The Night Away", "You Send Me", and "This Little Light Of Mine".  © 1996-2021, Dusty Groove, Inc.

Instrumental Directions
RCA, 1972. New Copy (reissue)
LP...$18.99
Cold, hard, and funky! This might be the greatest album ever by this legendary 70s funk band – and it's got a killer sound that has the tightness of the JBs, the rawness of the early Meters, and the frenzy of a rare funky 45! Includes the incredible "Afro Strut" – worth the ... LP, Vinyl record album