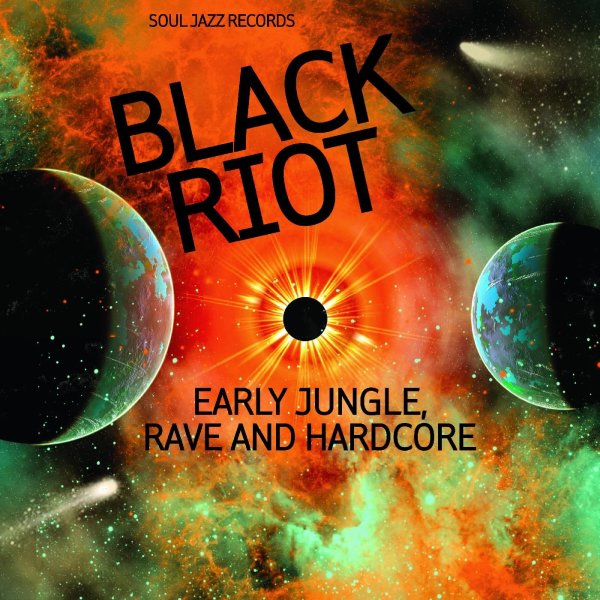 Amazing sounds from a time when the London scene really took off – when it left behind some of its slavish love of American sounds in previous decades, and exploded with blinding dancefloor energy of its own! The music here represents a true UK hybrid – crafted after years of American house hitting the UK shores, transforming into the happier grooves of the early e-driven years, all while Thatcher's Britain kept stepping further into the dark. Enter the sounds of the city – a new wave of electric energy that was instantly urban and cosmic at the same time – beats that were as bold as hip hop, but even faster than house music – balanced by heavy-stepping, bass-bottom cuts that represented a far evolution beyond more familiar dub! The mix of modes set a fire that was heard around the world – leading to rhythmic changes for decades to come – and this great little package samples some of the best from the underground at the time, a scene that was already getting plenty of its own inspiration from the young Soul Jazz label. Titles include "Durban Poison" by Babylon Timewarp, "The Smokers Rhythm" by Rhythm For Reasons, "Snowball Remix" by Trip One, "Time & Age" by The Freaky, "Tings A Go On" by DJ Dubplate, "RK1" by The Terrorist, "Way Of Life" by New Vision, "Chill Out" by Hi Fi Power, "House Sensation" by Nu Jacks, and "Burial" by Leviticus.  © 1996-2021, Dusty Groove, Inc.
(Initial copies come with a very cool graphic novel!)

Soul Of A Nation – Afro-Centric Visions In The Age Of Black Power – Underground Jazz, Street Funk, & The Roots Of Rap 1968 to 1979
Soul Jazz (UK), Late 60s/1970s. New Copy
CD...$19.99 26.99
A fantastic look at the righteous current of energy that swept through American music at the end of the 60s – that huge wave of knowledge and political inspiration that still stands as one of our favorite moments in jazz and soul! The Civil Rights generation had gotten some things ... CD