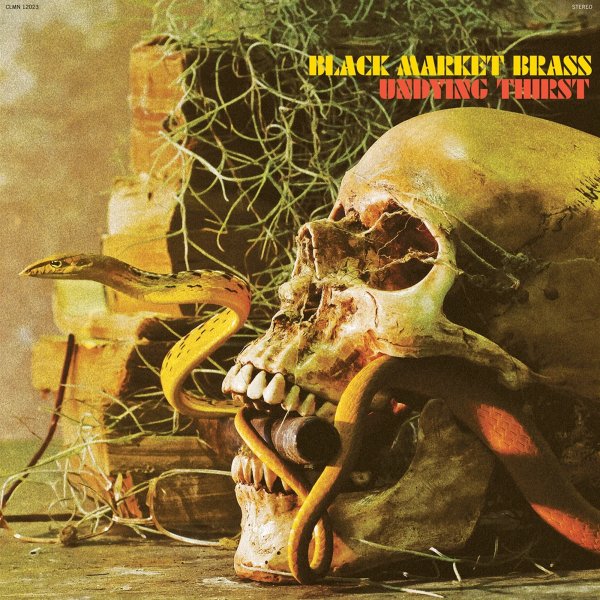 Beautifully heavy sounds from Black Market Brass – a group who started out with more of a global funk approach, but who emerge here with the intensity of some lost funky soundtrack – all with the sort of edge you might expect from the cover! The style here is really revolutionary – unlike anything else we've ever heard from a group with "brass" in their name – in part because the group has some very cool distortion on the keyboards and guitar, which gives those electric elements a very sinister sound next to the straight ahead fire of the horns – served up with really hard-driving rhythms throughout, in a way that seems to pull together older traditions of Afro Funk, Nola Brass, and even some of the southern college bands – but all with a very 21st Century vision. Titles include "So Who (parts 1 & 2)", "Into The Thick", "War Room", "Cheat & Start A Fight", "Undying Thirst", and "NBT".  © 1996-2022, Dusty Groove, Inc.
(Black vinyl pressing – with download!)