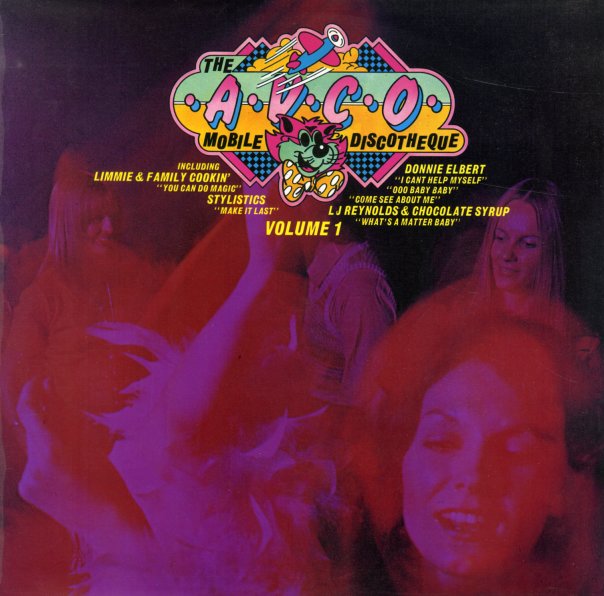 A UK-only set, and a great mix of east coast soul and early club grooves from Avco Records – including three rare singles by LJ Reynolds & The Chocolat Syrup, a few by Maxine Brown, Donald Height, and Donnie Elbert – and more from the Young Hearts, Limmie & Family Cookin, and Broad Street Gang!  © 1996-2022, Dusty Groove, Inc.
(Cover has some light wear, bu tthis is a nice copy overall.)

Love Is The Answer
Avco, 1974. Very Good+
LP...$5.99
Sweet stepping Van – an excellent album of instrumental grooves recorded right before his "Hustle" fame, but with a very similar feel! The sound is almost that of Sigma Philly – but things are a bit more polished, and there's more of a focus on the strings and woodwinds than ... LP, Vinyl record album

Disco Kid
Avco, 1975. Very Good+
LP...$2.99
A clear follow-up to "The Hustle" (not on this album), with a number of tracks that come close to the genius of that track, but never quite manage it altogether. Van's on lead vocals, and the record's got some good keyboard work by Paul Griffin, Richard Tee, and Leon Pendarvis. Includes ... LP, Vinyl record album

Round 2 (no fists)
Avco, 1972. Very Good
LP...$8.99
Landmark harmony soul from The Stylistics – a set that's every bit as wonderful as their debut, with the kind of sweet, soulful sound that got played over and over and over and over again back in the day! The album's got a subtle sort of power, though – one that lies not only in its ... LP, Vinyl record album