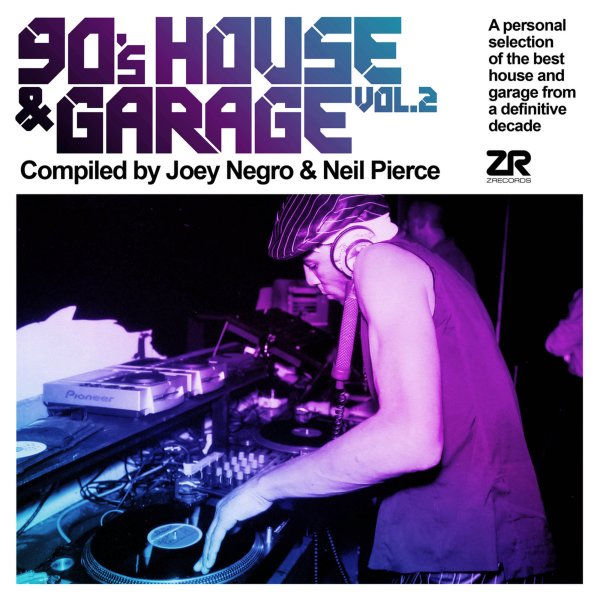 Joey Negro's given us some great collections of club music from the 70s and 80s – and he's equally well-skilled at picking the best underground tracks from the 90s – a decade in which some of Joey's own music was staring to get some heavy play too! This set's not your usual dance music from the time – as these cuts are all nice and deep, with a very soulful vibe – almost a return to classic club styles, with warmer production and instrumentation – but given a bit more of a house music kick in the rhythms underneath! Music is from a range of global sources, but also resonates with the most soulful currents on the New York scene in the early 90s – in a list of tracks that includes "I'll Make U Happy Baby (x-tended club mix)" by Ele Ferrer, "100% Power" by Slam Mode, "Anthem (Kerri Chandler distant run mix)" by N-Joi, "Makin Love (Mentalinstrum rmx)" by Cassio Ware, "Blow (Restless Soul poetic peak time mix)" by Fini Dolo, "Music On My Mind (Smack Productions mix)" by Mental Instrum, "All Night Long" by Alexis P Suter, "Moonbeamz" by Abacus, "Let Us All Be Friends (Colonel Abrams orig mix)" by Mama's Children with Lee Truesdale, "Flying Saucer (Kings Of Tomorrow rmx)" by United Future Organization, "A Naked Theme (source mix 1)" by Sound Source, and "Rock Me (Marshall Jefferson deep underground dub)" by Screamin Rachel. 2CD version features 23 tracks in all!  © 1996-2022, Dusty Groove, Inc.