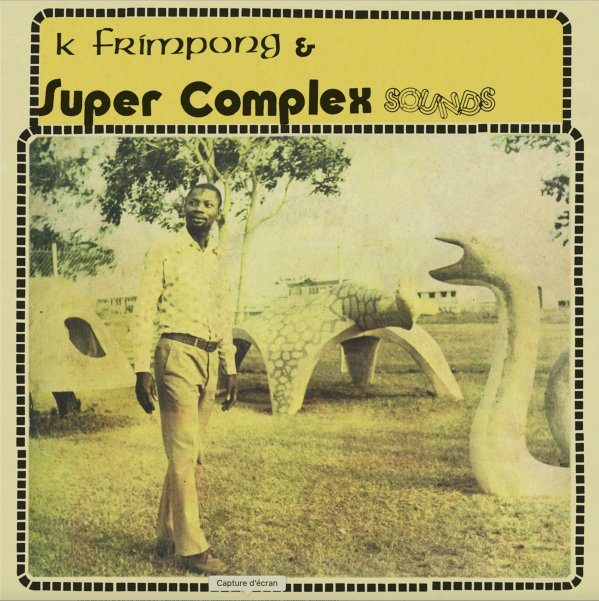 The sublime first album from K Frimpong – a really unique blend of hi-life and Afro Funk, but served up with all these unusual touches that make the album stand out from even most of the rest of the revolutionary sounds that were coming from Ghana at the time! There's this sense of flow that has each side of the record moving with non-stop energy – and an approach to rhythm that's almost as if the whole thing was moving forward like water – a tide of bass, percussion, riffing guitar, and organ – bubbling, dipping, and chugging in a way that seems completely effortless – while Frimpong urges the group on with his well-inflected vocals and lead guitar! Titles include "Nana Bue Me", "Mofofoo", "Komofo Adu", "Otwie", "Osaw", "M"Anoma", "Moma Yen Sore", and "Susuansu".  © 1996-2022, Dusty Groove, Inc.
(Beautiful pressing – heavy vinyl and cover!)