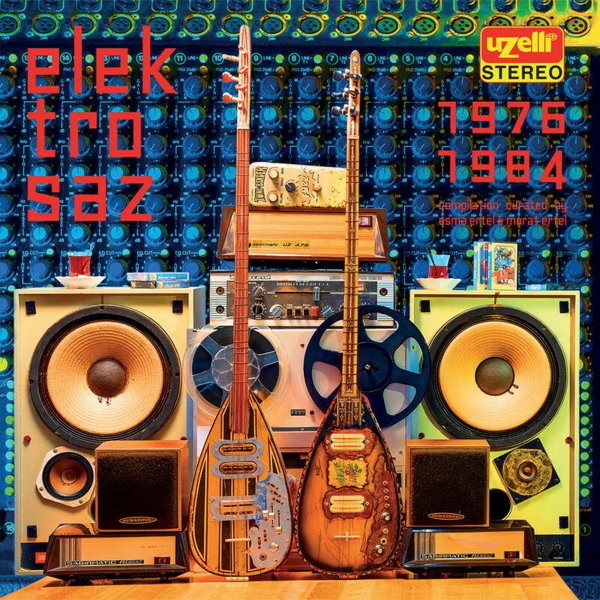 Amazing sounds from the Uzelli label – a collection of tunes that are heavy on the elektro saz, which is pictured on the cover – kind of a hybrid between an electric guitar and more traditional stringed instrument! The saz allowed a huge explosion of the kind of sounds that were first coming into play in Arabesk rock at the start of the 70s – taken even further by recordings like these – which move between folksy rhythms and more mainstream modes, but which always sparkle with these angular fuzzy lines from the lead electric instrument! If you've ever dug any of the psychedelic Turkish recordings in our racks, you'll find plenty to love here – on titles that include "Yaz Dostrum" by Gulcan Opel, "Nar Taneshi" by Mehtap Tuna, "Darildim Darildim" by Akbaba Ikilisi, "Gonul Dagi" by Mehtap Tuna, "Mercanlar" by Sultan Sumbul, "Asrin Bozuk Duzeni" by Asik Emrah, "Sari Yildiz" by Kina Gecesi Ensemble, and "Topal" by Sari Zeki.  © 1996-2021, Dusty Groove, Inc.