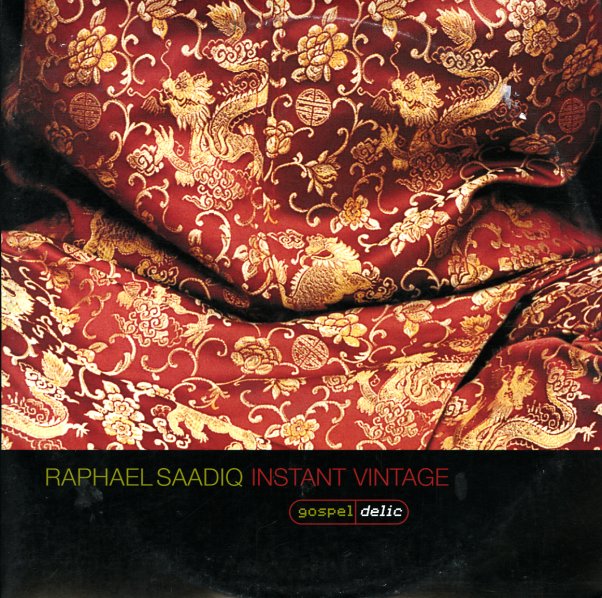 A tough title to live up to – but Raphael makes it happen! The album's as wonderful as you might think – all the deeply soulful styles Saadiq worked out with Tony Toni Tone, taken back through a historical range of soul music – firmly planted in a legacy that begins with Stevie Wonder, runs through Maxwell and D'Angelo, and which points the way towards the future of urban soul. Backings are very much in the beats-n-keyboards mode, but Raphael works out such a wide range of moods and modes that the album avoids any of the shortcomings of other albums in such a style. Includes guest performances by Angie Stone, Leslie Wilson, T-Boz, Calvin Richardson, and D'Angelo – and titles that include "Doing What I Can", "Be Here", "Still Pay", "You're The One That I Like", "Excuse Me", "Tick Tock", "People", "Faithful", "Make My Day", "Blind Man", "Different Times", "What's Life Like", and "Skyy, Can You Feel Me".  © 1996-2021, Dusty Groove, Inc.