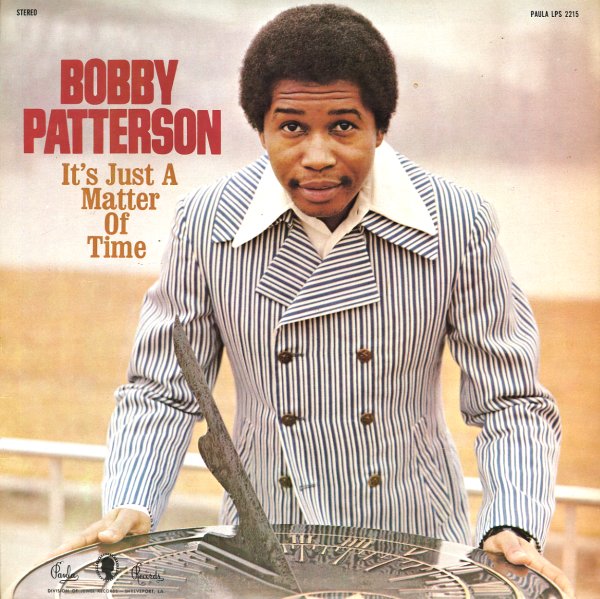 It's Just A Matter Of Time (purple vinyl pressing)

One of the best soul records to come out on the Paula label in the early 70s – one with a number of beautifully soulful moments – and a few surprisingly funky ones, too! Although Bobby Patterson did a lot of work for other singers, this is one of the few albums he actually cut under his own name – and it's a lasting testament to his talents as both a singer and writer. It's got a nice mix of southern soul ballads and more uptempo tracks, and loads of original compositions by Bobby! Includes "This Whole Funky World is a Ghetto", "If You Took A Survey", How Do You Spell Love", "Make Sure You Can Handle It", "I Just Loved You Because I Wanted To", "Right On Jody", "Quiet! Do Not Disturb", and "I Get My Groove From You".  © 1996-2021, Dusty Groove, Inc.
(Limited edition of 700 – on pruple vinyl!)

Trying To Become A Millionaire (with download)
Loadstone/Manufactured, 1976. New Copy (reissue)
LP...$18.99 (CD...$11.99)
Stunning funky soul by California Playboys – a heck of a record that should have made the Playboys a huge combo at the time! It's a shame the group didn't become millionaires – but the obscurity of the record is maybe also one of its charms – the kind of small label set that ... LP, Vinyl record album

I Heard It Through The Grapevine (aka In The Groove)
Tamla, 1968. New Copy (reissue)
LP...$18.99 21.99
Marvin's definitely in the groove on this set – cooking on all burners with a host of late 60s Motown hits – bad-stepping his way towards some of the more mature moments to come in the 70s! The album's probably best remembered for the cut "I Heard It Through The Grapevine" ... LP, Vinyl record album