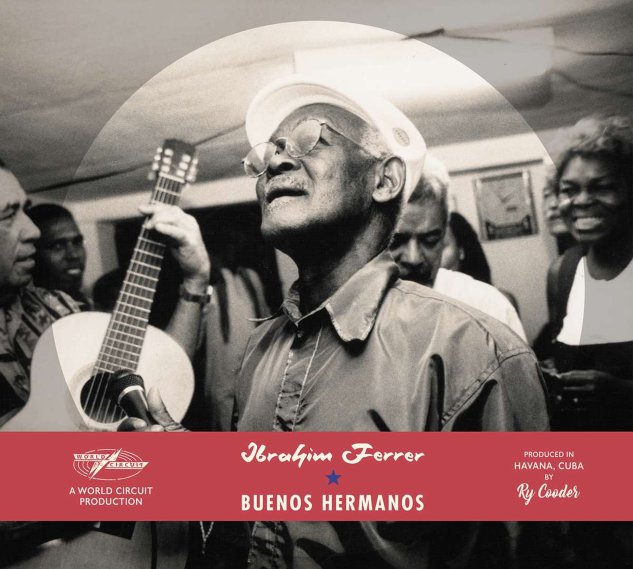 The second album recorded by Cuban vocal legend Ibrahim Ferrer in the wake of the Buena Vista Social Club phenomenon – and maybe the best! Ferrer's vocals are superb throughout – and the production is relatively stripped down, and never too intrusive – even when producer Ry Cooder is getting some time on the tracks on guitar. To our ears, the best musical element may be the bassist Cachaito – whose rock-solid lines ground everything perfectly – on titles that include "No Tiene Telarana", "Naufragio", "Fuiste Cruel", "Boquinene", "Boliviana", and "Hay Que Entrarle A Palos A Ese". This new version features fresh mastering by Ry Cooder, a shifted song order, and unreleased tracks that include "Ojos Malvados", "Me Voy Pa Sibanicu", "Mujer", and "Ven Conmigo Guajira".  © 1996-2021, Dusty Groove, Inc.
(A great pressing – heavy vinyl, and a bonus 12 page booklet!)