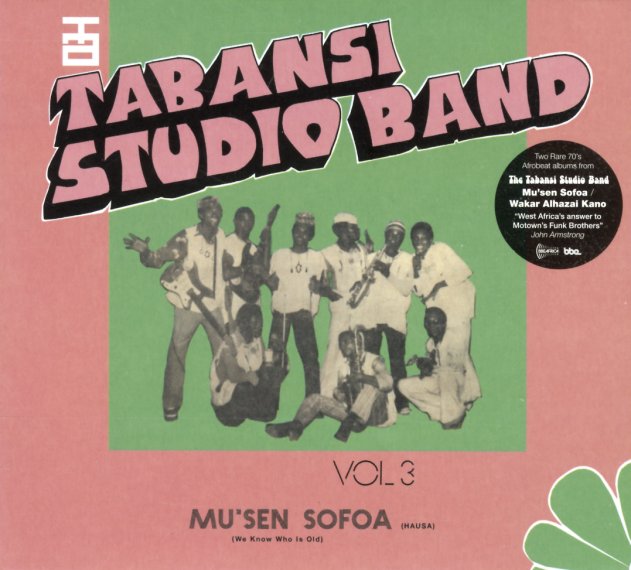 Fantastic longform grooves from the Tabansi Studio Band – a cool combo who worked to support Nigerian artists on the Tabansi label, but who have a sound here that's very much their own! These tracks are a lot wilder and more freewheeling than any of the group's music behind a singer – and although there's some vocalizations on the record, the main focus is in the ever-shifting, always-groovy rhythms – and the brilliant mix of guitar, basslines, and sax parts that criss-cross the tunes! Most numbers are around the 15 minute mark, but build up in ways that are very different than more familiar Afro Funk – and titles include "Kama Sofoa", "Aka Ji Ego Ga Anu Nwam", "Wakar Alhazai", and "Lokoel Azumi Ta Wuce".  © 1996-2021, Dusty Groove, Inc.

Eye Of The Spectre (aka Unbridled Passions Of Love's Eerie Spectre)
Tampa/Bacchus Archives, 1958. New Copy
CD...$9.99 11.99 (LP...$11.99)
A fantastic set of exotica from the legendary percussionist Chaino – a set that was originally billed as a record to set free the passions of reluctant lovers in the postwar years – but which has a much deeper vibe than that! The percussion is great throughout – lots of congas ... CD