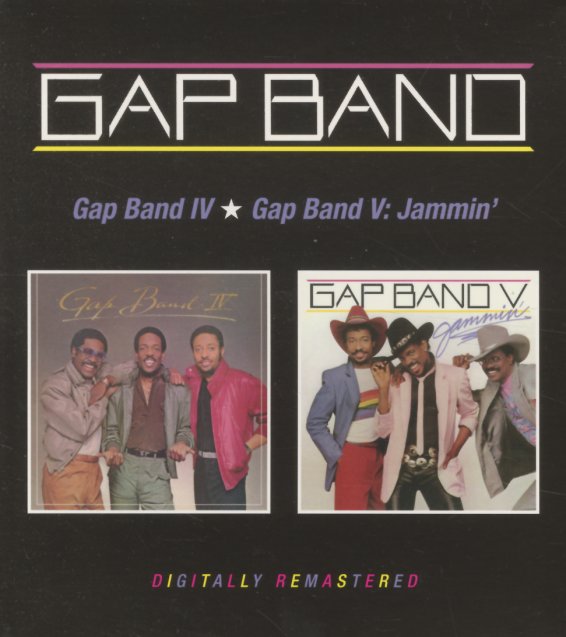 A pair of early 80s classics from the Gap Band – back to back in a single set! First up is Gap Banc IV – perhaps the ultimate album for The Gap Band – and sure, it was a hit, but the record still sounds great today, and the constant sampling of some of the record has kept it fresh in the crates for years and years! The band have lost the heavier funk sound of earlier years, and working in a slick 80s groove mode that they both helped to define and put on the charts with the tracks "Outstanding" and "Early In The Morning", both two killer grooves with a complicated instrumental feel, and some wicked harmony vocals over the top. Lonnie Simmons is still producing the band – and other tracks include "Lonely Like Me", "Stay With Me", "Talkin Back", and "You Dropped A Bomb On Me". On the second album, the Gap Band are definitely Jammin – hitting that fierce funk mode they do so well, with lots of snapping lines at the bottom of the rhythms! The style is trademark Gap all the way through – a percolated approach to funk that's tight, but never too slick – in a groove that's different than some of their other mainstream counterparts at the time – hard to describe accurately, but almost with a touch of jazz in the mix! Charlie Wilson handles most of the lead vocals, with support from brothers Robert and Ronnie – and Ronnie produced most of the set. Titles include "Where Are We Going", "Shake A Leg", "Jam The Motha", "Someday", "You're Something Special", "I'm Ready", "You're My Everything", "Smile", and "Jammin In America". CD also features the bonus track "Party Train (special dance mix)".  © 1996-2021, Dusty Groove, Inc.