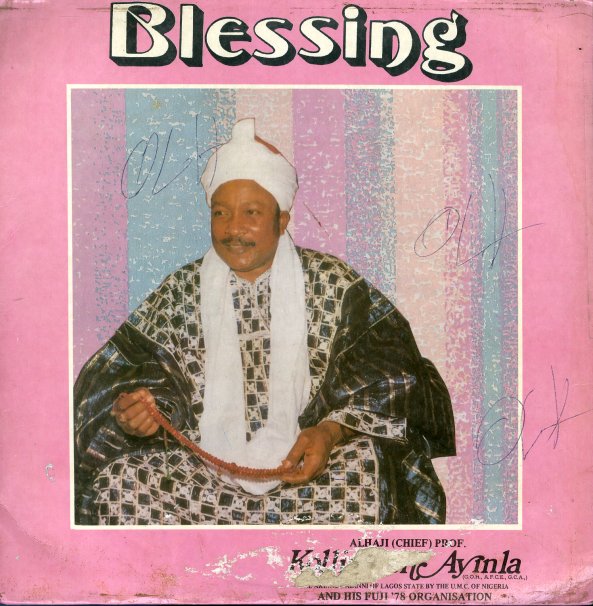 An album of heavy righteous power from Alhaji Kollington Ayinla and his Fuji 78 ensemble – a group who bring a very different sound to this record than some of the more mainstream Afro Funk work of the Nigerian scene at the time! The group are heavily percussive, and also use their drums in these inflected ways that open up next to the vocals – yet they're also not afraid to throw in a bit of synth and keyboards, but with modes that are never trying to overwhelm the core fuji energy of the music – which really comes from the hard-driving percussion, and the rising of group vocals next to the lead of Ayinla – all in ways that almost have the righteous energy of prayer, but tuned here towards much more secular politics in the end. The whole record has a timeless power that's undeniable – and titles include "Pataki L'Omo", "To Ba Jisoro Mi", "Won Ti Gbe Oye Fun Mi", "Adio Shile", "E Ye Ika Se", and "Odu Titun De".  © 1996-2020, Dusty Groove, Inc.
(Limited edition of 1000!)