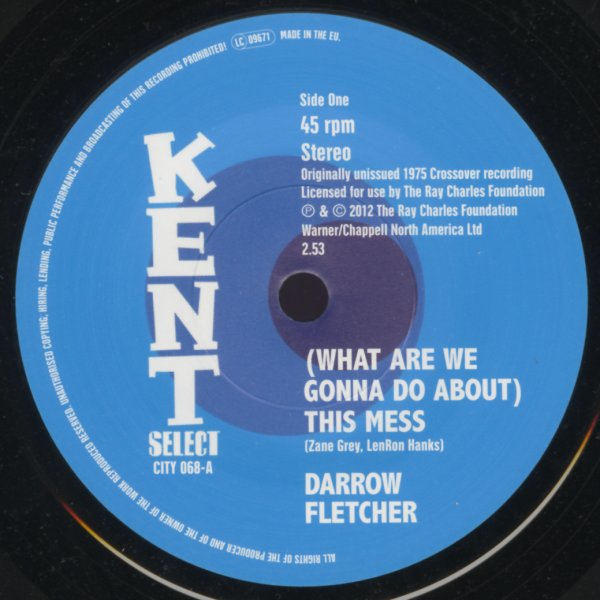 Two rare tracks from the Crossover Records years of Darrow Fletcher – issued here for the first time on 45! "What Are We Gonna Do" is wonderful – a tune that's got a great bumping groove, soaring strings, and this strong message-oriented lyric from Darrow that really knocks things out of the park! "Honey Can I" is from a few years later, and has this warm midtempo groove – maybe more in a modern soul mode overall, but with a style that's great for the fantastic Fletcher vocal approach!  © 1996-2021, Dusty Groove, Inc.