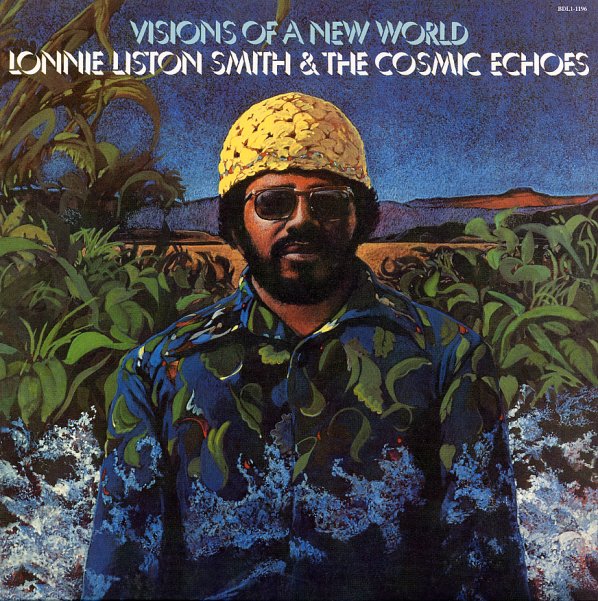 Lonnie Liston Smith is really tightening up his groove on this one – bringing a bit more funk into the mix, and creating that amazingly sweet glide in his keyboard sound! The record's still steeped in the righteous influences of years past, but it brings the message out to a bigger audience – letting soul flow into the jazz-based tunes in the same way that Norman Connors was doing at the time – and creating the same sort of warm glow through a mix of earthy percussion and electric keys. Vocals on most numbers are by Donald Smith, who has a great approach that has the depth of Leon Thomas but the warm focus of Michael Henderson – and he's a perfect fit for Lonnie's well-crafted tunes on the set! Titles include the nicely breaking "Devika", plus "A Chance For Peace", "Colors of The Rainbow", "Visions Of A New World", and the killer mellow track "Summer Nights", a very warm electric piano cut, with a nice sort of "Summer Madness" feel!  © 1996-2020, Dusty Groove, Inc.