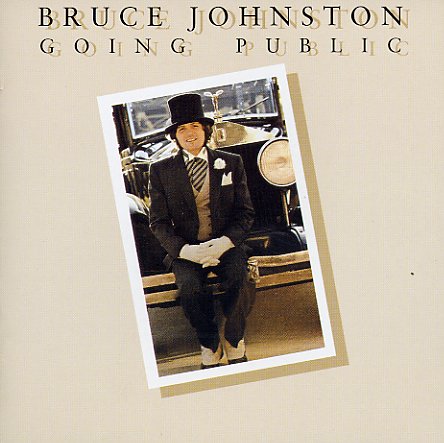 A strange lost relic from Beach Boy Bruce Johnston – recorded in the mid 70s with some sweet AOR production work by Gary Usher. The album's actually a fantastic slice of late 60s sunny LA pop – and features work by Curt Boettcher, Chad Stuart, and a few other lost pop luminaries – working with Johnston in a compressed style of pop that's got some nice similarities to the better 70s work of the Beach Boys. The album includes great remakes of "Deirdre" and "Disney Girls", a strangely nice version of "I Write The Songs" (actually written by Johnston himself!) – and the tracks "Rendezvous", "Won't Somebody Dance With Me", "Pipeline", and "Thank You Baby". A great bit of overlooked soft rock from the 70s!  © 1996-2021, Dusty Groove, Inc.
(Includes the printed inner sleeve. Cover has bumped corners and a cutout notch.)