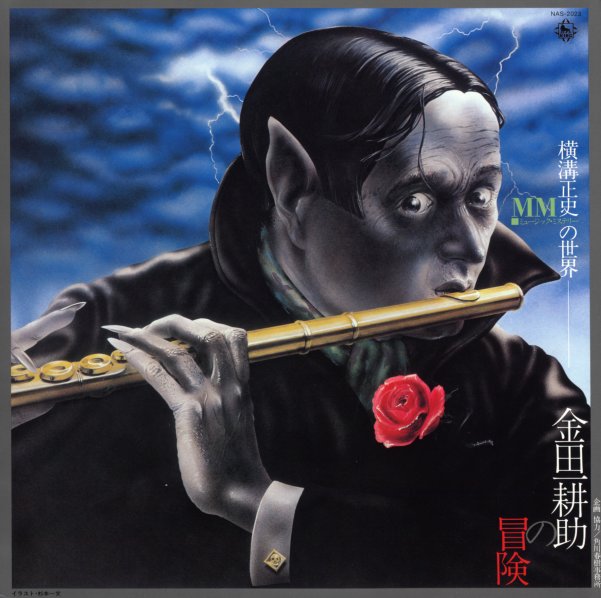 There's a vampire with a flute on the cover – and that image alone is more than enough to make us drop the needle on this rare Japanese gem from the 70s! And fortunately, the sound of the music is equally cool – funky fusion with some nicely spacey currents – almost a Mizell Brothers vibe at points, in the way elements can swirl around in the mix, and attain this wonderfully full power without ever sounding too commercial at all! There's definitely some of that flute on the record, but the keyboards are maybe even cooler – as is all the electric instrumentation, which comes together in a sublime way! Titles include "Gokumontou", "Kamen Butokai", "Yasuhakamura", "Kindaichi Kosuke No Theme", "Mitsukubitou", and "Meirosou No Sangeki".  © 1996-2022, Dusty Groove, Inc.