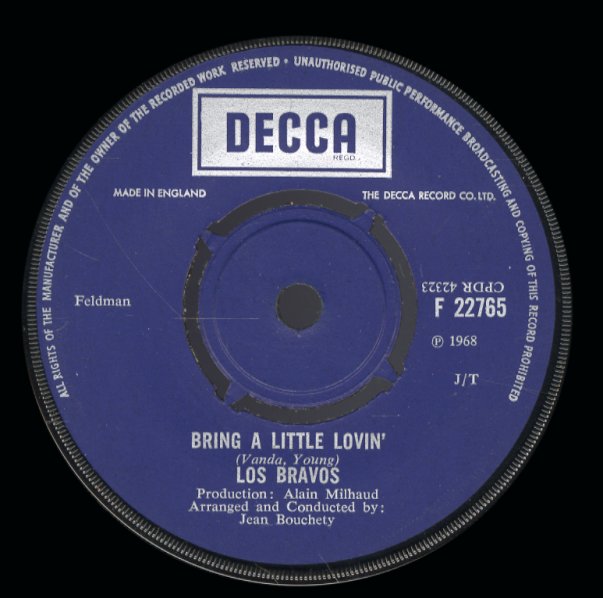 Bring A Little Lovin'/Make It Last

(UK pressing on Decca with intact 4 prong push out center which comes in a Decca sleeve that has some pen.)