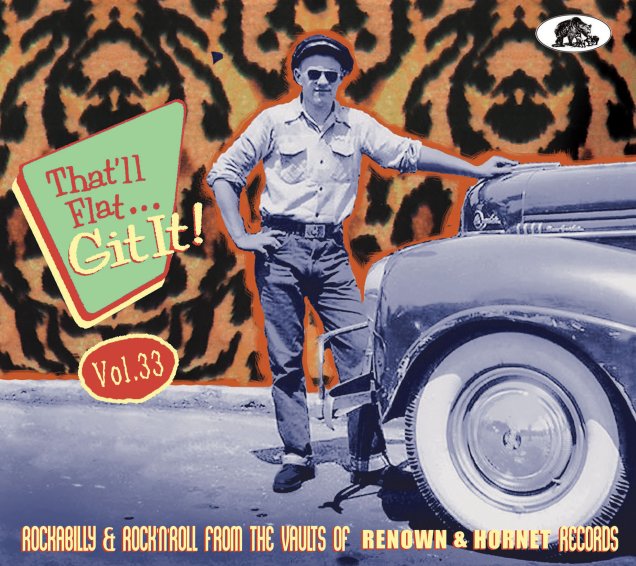 A tight batch of rare rockers from a tiny North Carolina label from the end of the 50s – a set that's a nice contrast to some of the other volumes in this excellent series, which usually focus on lost rockabilly nuggets in the vaults of major labels! Here, there's a vibe that's much more unified overall – as most of the early tracks feature a core combo providing most of the rhythms for a lead singer and lead guitar – and even the later ones seem to hold on to a tight sort of label style, which makes for a very unified vibe through the 35 tracks in the collection! The music's not just rockabilly, either, as there's a number of cuts here that have a more direct inspiration from R&B – some of that crossover Carolina soul at its earliest levels – and there's maybe a few that echo some older styles from the hills, too. As with all volumes, the Bear Family presentation is great – very detailed notes, great sound, plenty of history, and a massive set list – with titles that include "Problem Child" and "Betcha Didn't Know" by Wayne Handy, "I Want Everything My Baby Got" and "Our Southern Way Of Living" by Jim Thornton, "Buzz Me On The Telephone" by Irving Fuller & The Chorvettes, "Cold North Wind" and "I'm Not Ashamed" by Lonnie Dee, "True Blue" by Joe Franklin & The Hi-Liters, "Stop Walking All Over Me" and "Tears Falling Down Down Down"b y Harold Pope, "Bad Boy" by Don Ray with The Hornets, "The Day I Die" by Daryl Petty, "Do You Ever Think Of Me" by Clyde Moody, "The Pad" by Bobby Strigo with The Blue Notes, "I'm Going Home" by Hughie Owens with The Blue Notes, and "Making Fun Of Me" by Bobby Rose.  © 1996-2021, Dusty Groove, Inc.