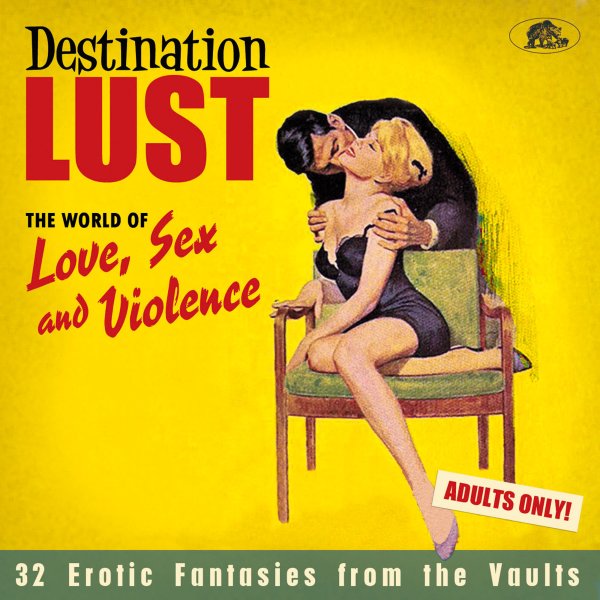 A lusty set of tracks from the postwar years – music that doesn't just hint at sex, but which often seems to provide it, in the form of slinky female vocals, groans of pleasure, or other surprising elements that make these tunes a fair bit sexier than we might have guessed! The styles are a mix of pop, rock, jazz vocal, and other modes – and the presentation and production is as playful as the cover – perfect for this hefty 32 track collection, with titles that include "Topless" by Rolls Royce & The Wheels, "That Makes It" by Jayne Mansfield, "Crazy Vibrations" by The Bikinis, "Christine" by Miss X, "Scratch My Back"b y Lola Dee & Rusty Draper, "Separate The Men From The Boys" by Mamie Van Doren, "Be Not Notty" by Elke Sommer, "Charge It" by The Playboys, "The Whip" by The Frantics, "Hall Of Shame" by Bobbie Bolden, and "Little Girl" by John & Jackie.  © 1996-2021, Dusty Groove, Inc.