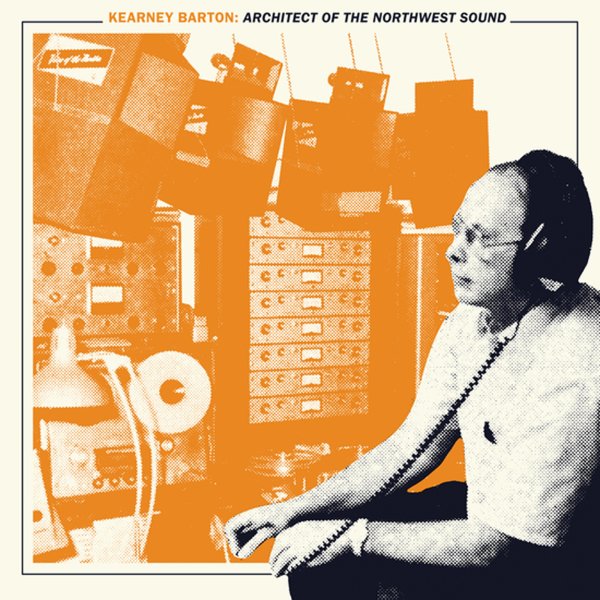 A really special look at the sound of the Pacific Northwest – served up here on a host of rare recordings from legendary Seattle producer Kearney Barton – all pulled from never-issued tapes that were stored at his home for decades, and released here to the public for the first time ever! The music is a really great mix of modes – rare funk and soul, trippy psych, and some of the leaner, meaner cuts that first put the northwest scene on the map at the start of the 60s – music that spans a much wider spectrum than you might expect from a city like Seattle – a huge cultural cache that really reflects the wider musical version of Barton! The spirit's a fair bit like some of the best genre-crossing Numero compilations from years back – and the whole thing's overstuffed with rare nuggets we'd never have heard otherwise, backed up with plenty of notes on the music, and on Barton himself. Titles include "Happy" by Secret Dynamics, "Looking Through Eyes Of Glass" by Ann Wilson & The Daybreaks, "Sticky" by James Henry & The Olympics, "Occupation Soul" by Occupation Soul, "Wrong Age" by Muf, "High Flyer" by Magic Ferns, "All My Nights All My Days" by The Wailers, "Qui El Petit" by Wilkins, "Everybody Knows" by Sweet Rolle, "Hold To God's Unchanging Hand" by Beacon Hill First Baptist Choir, "Mmm Mmm Mmm" by Dave Lewis, and "Don't Ask Me" by Tiki & The Fabulous.  © 1996-2021, Dusty Groove, Inc.
("Pacific Northwest green" colored vinyl pressing.)