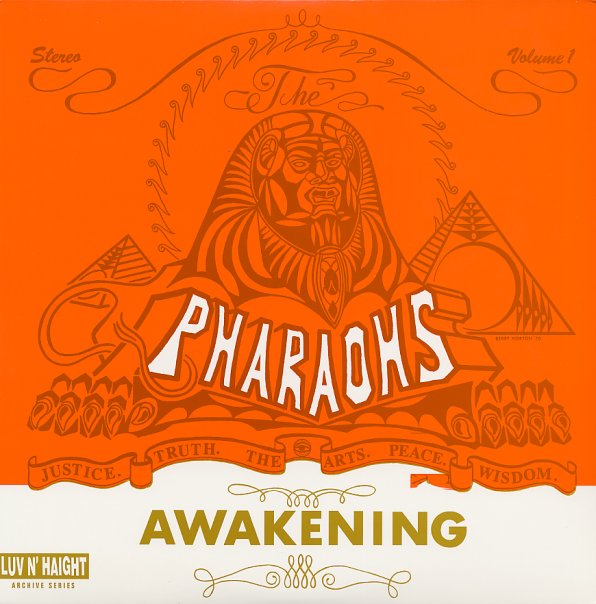 A legendary album from Chicago – recorded by a group with ties to Sun Ra, Phil Cohran, and Earth Wind & Fire! The set's got a sound that more than lives up to all those references – a vibe that's jazzy and soulful, yet often quite righteous too – imbued with the sort of spirit you'd guess from the group's name and the album's cover image – but often served up with a tight enough groove to make the set a favorite for fans of funk as well! There's a really special mix going on here – and unlike other ensembles of the time, The Pharoahs never go too far out – and instead really have the great sort of focus you'd hear even more strongly with Earth Wind & Fire. The lineup features Louis Satterfield on bass, Willie Woods on trombone, Don Myrick on saxes, Black Herman on drums, and Derf Reklaw on percussion and flute – and titles include "Ibo", "Somebody's Been Sleeping", "Damballa", "Freedom Road", "Great House", and "Black Enuff".  © 1996-2021, Dusty Groove, Inc.
(Includes download.)

Help Us Spread The Message (180 gram pressing)
Luv N' Haight, 1978. New Copy (reissue)
LP...$22.99 24.99
A funky treasure from the 70s – a record that hardly made waves at the time, but which has lived on strongly for years – thanks to a great sample history and key interest from generations of groove diggers! Mighty Ryeders have a sound that's clearly influenced by Earth Wind & Fire ... LP, Vinyl record album