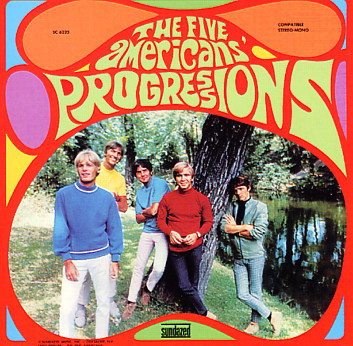 Incredibly groovy pop from The Five Americans – heard here on the group's third record, which may well be their best so far! The Fives have an approach to psychedelic pop that's way better than most of their contemporaries – a way of taking organ, guitar, and vocal harmonies together without any roughness – yet also still doing so in a way that doesn't sand down the rough edges into silly softness. The mix is hard to describe accurately – mostly because it's so simply crafted and musically subtle – but we'd easily rank The Five Americans up there with some of the best of their era, even if their work is a lot lesser-known! Titles include "Con Man", "Stop Light", "Zip Code", "Evol Not Love", "Somebody Help Me", and "Black Is White Day Is Night".  © 1996-2021, Dusty Groove, Inc.

John Wesley Harding (180 gram mono pressing)
Columbia/Sundazed, 1968. New Copy
LP...$26.99 28.98 (LP...$34.99)
A pivotal album for Bob Dylan – a record that continues the Nashville experiment of Blonde On Blonde, but which compresses it a bit more – almost like he's re-folding the electric energy back into the darkness of the spare sound of Times They Are A-Changin! Bob plays guitar, harmonica, ... LP, Vinyl record album