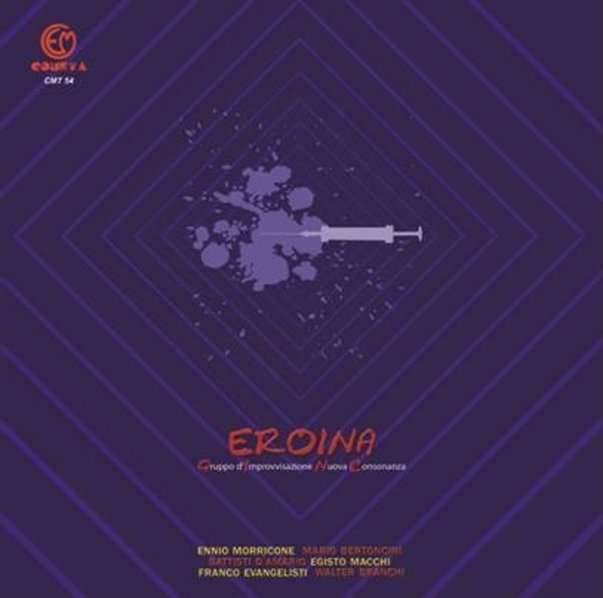 Rare work from this legendary Italian improvisational group – a lineup that features famous modernists Mario Bertoncini, Egisto Macchi, and Walter Bianchi – as well as soundtrack genius Ennio Morricone! The sounds are quite dark and abstract – often somewhere out in the space of Morricone's more atonal soundtracks from the early 70s, but even looser overall – as you can feel the improvisational energy of the players coming together – feeling out space between spare percussion, strings, and horns. The record actually has one famous funky number – "Haschich", which has this amazing break underneath some off-tuned sitar and other odd noises – but most other tracks are much darker and more outside. Other titles include "Orgasmo", "Eroina", "Aghi", "Warum", "Raptus", and "Stridori" – plus another take on "Haschich".  © 1996-2021, Dusty Groove, Inc.
(Limited edition of 300 – on clear vinyl!)