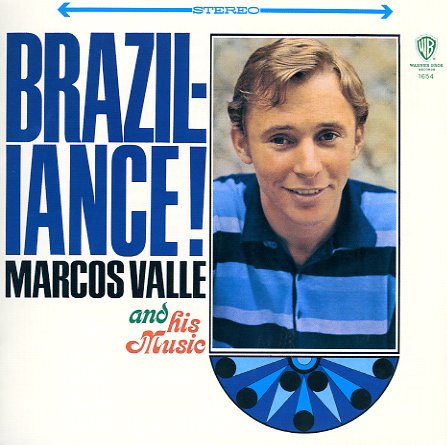 One of the most important early albums by Marcos Valle – a set of instrumental tracks recorded with lots of acoustic guitar! Even though Valle was well known as a singer and composer of bossa nova tunes, the set instead focuses on his instrumental work – recording his guitar ala Jobim or Bonfa at the time – with some larger arrangements from Deodato, who really brings a great feel to the set! The sound is tremendous – as sweeping strings soar over tight rhythms from drummer Wilson Das Neves – and Valle and Deodato set some magical moods on tunes that include "Deus Brasileiro", "Vamos Pranchar", "Tanto Andei", "Seu Encanto", "Batucada Surgiu", "Dorme Profundo", and "Os Grilos" – the first ever recording of "Crickets Sing For Anamaria"!  © 1996-2021, Dusty Groove, Inc.